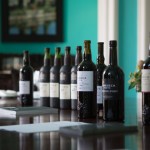 Seven members of the Wine Committee, accompanied by five wives, visited Porto and Pinhão in Portugal between the 8th–11th October 2014. The purpose was to find out more about the process of producing vintage port, a wine which often forms a fine conclusion to our Dinners in Cutlers’ Hall. 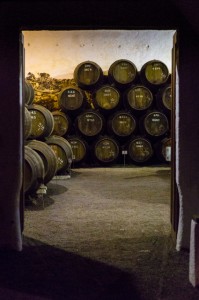 We were fortunate to be given an extended tour of the warehouses of Taylor’s wine cellars in the heart of the historic area of Vila Nova de Gaia, across the river from the old city centre of Oporto. There we learned about the differences between between red, white, and rose ports; between ruby and tawny ports; between LBV, crusted, and vintage ports; and something of port’s history. (Port as we know it today, was first made in the early 19th century). We also found out about some of the difficulties in producing port; for example, about the evaporation (the famous angels’ share) that reduces the contents of a cask of tawny by 50% every 16 years – so that to make one bottle of 40 year old tawny requires six bottles’ worth of wine. 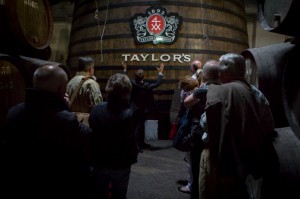 We were also very fortunate to be given an opportunity to tour around the famous Factory House in the heart of Porto, including a splendid Dinner. The Factory House is a private club for the producers and shippers of port, who were originally known as factors – – hence the name Factory House. 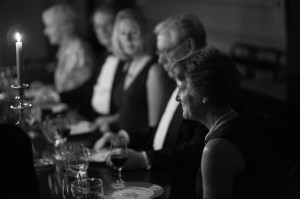 The grapes that are used to make port come from a region around the Douro valley, an area first designated in the mid 18th century by the Marquis de Pombal, the Portuguese Prime Minister.

We visited one of the Fonseca vineyards, the Quinta do Panaschal near Pinhão, which is about 80 miles east of Porto, 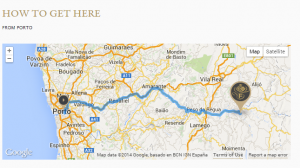 and which is reached by a breath-taking train journey along the north bank of the Douro. There we saw the steep terraces on which the port grapes are grown – many of the hills have a slope of 1:3 and are too steep for vehicles, so the grapes are collected by hand: and then crushed by foot in large stone basins, the pickers often working a 15 or 16 hour day, and in temperatures of over 40 degrees C! 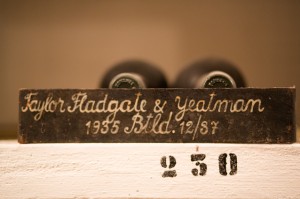 The reason why port is sweet is that the fermentation process is stopped after a couple of days, while much of the sugar in the grapes has not been converted by yeast to alcohol; this is done by the addition of brandy, that kills the yeast: the two liquids (four parts wine to one part brandy) are then left in barrels on site for about nine months to mature, and then transported to Porto where the wine will mature further for many years. 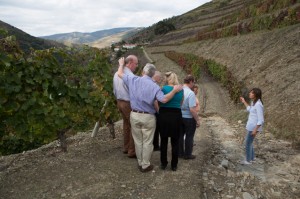 We were all left with a vast admiration for the hard work and skill that is needed to make port the fine drink that we enjoy with our Dinners, and by the long ageing processes that can make even some clarets seem speedy. We were also struck by the marked differences between the various different styles of port, and by the fact that not all port is sweet; white port can be dry and, when drunk with tonic and a slice of mint, is a great aperitif – really refreshing! 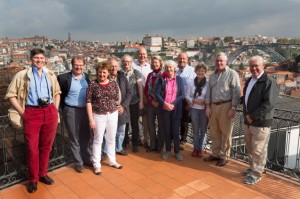 Many thanks to our Clerk, Rupert Meacher, for making all the arrangements, and managing to smile throughout the trip, even during the stranger activities of Porto’s taxi drivers. Thanks also to Rupert and to George Clarke for the photographs.