The day started with the Master and his Lady being valiantly rowed in the Lord Mayor’s Flotilla from Pimlico to Tower Bridge in the pouring rain. 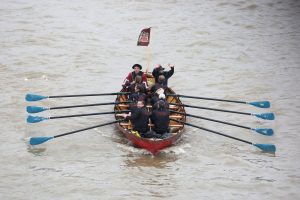 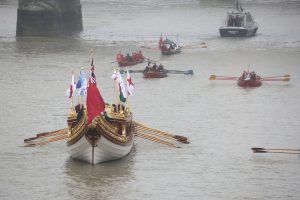 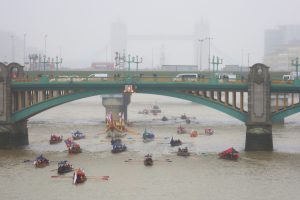 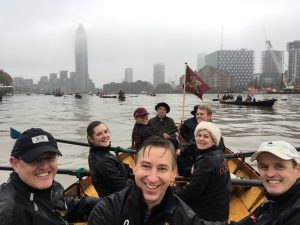 The Cutlers’ Cutter was captained by Laura Herbert and crewed by Natasha and James Phillips, Nicola Pocock, James and William Donaldson, Justin Hammond and Richard Watts, who even managed to persuade the Lord Mayor to pose for the first selfie of his year! 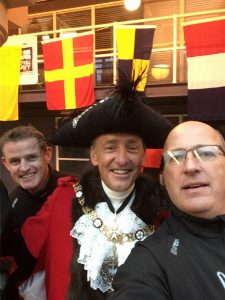 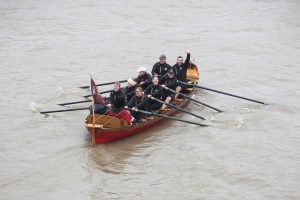 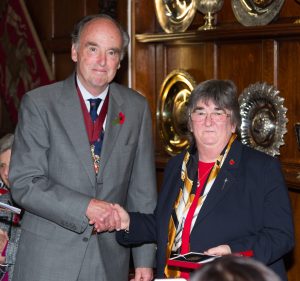 This year’s Cutler’s Sword Winner was Lance Sergeant Sam Potts of First Battalion Welsh Guards who was accompanied by his wife, Bethany and Lieutenant Colonel Paul Muncey and his wife Helen, representing the Director of Infantry.

The Master presented Sam with his sword for the first time at lunch before the Lord Mayor gave it to him for the second, and final, time outside Mansion House.