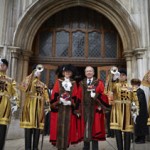 Many congratulations to Alderman Alan Yarrow, who was elected as the 687th Lord Mayor of London at Common Hall on the 29th September 2014. The Lord Mayor elect will take office on the 7th November 2014, the day before the Lord Mayor’s Show.

Alan Yarrow was appointed Chairman of CISI (Chartered Institute of Securities and Investment) in September 2009. He left Dresdner Kleinwort in December 2009 after 37 years with the group, latterly as Group Vice Chairman and Chairman of the UK Bank. Alan currently holds non-executive posts as Chairman of CISI and of Kleinwort Benson Group Limited, and Director of Turquoise Services and of Fixnetix Ltd. He was formerly Deputy Chairman of the FSA Practitioner Panel, Chairman of LIBA, Director of Complinet, a member of the Takeover Panel and of the Council of the British Bankers Association. He was also a member of the Chancellor of the Exchequer’s High Level Stakeholder Group. Alan is an Alderman and Magistrate of the City of London and a Member of the Worshipful Company of Fishmongers. 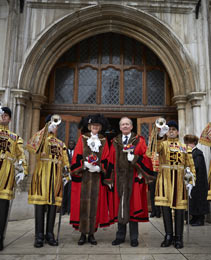 “I want to encourage City workers to ‘create wealth, give time and support people’ and my fund-raising over the next 12 months will help the essential work of two main charities, Scope and Mencap, as well as the Royal Ballet School, the City & Guilds of London Art School and the Royal Academy of Arts.

“My principal job as Lord Mayor is to represent and support the ‘City’ at home and abroad through an extensive programme of business visits, meetings and events. But my role will be not only to speak for the UK-based financial & business sector but also to it – and to encourage this key sector and all its workers to play their full part in wider society. The City thrives when it is part of society – and society thrives when commerce succeeds.”

Alderman Yarrow is married to Gilly, a former teacher, and they have two sons.