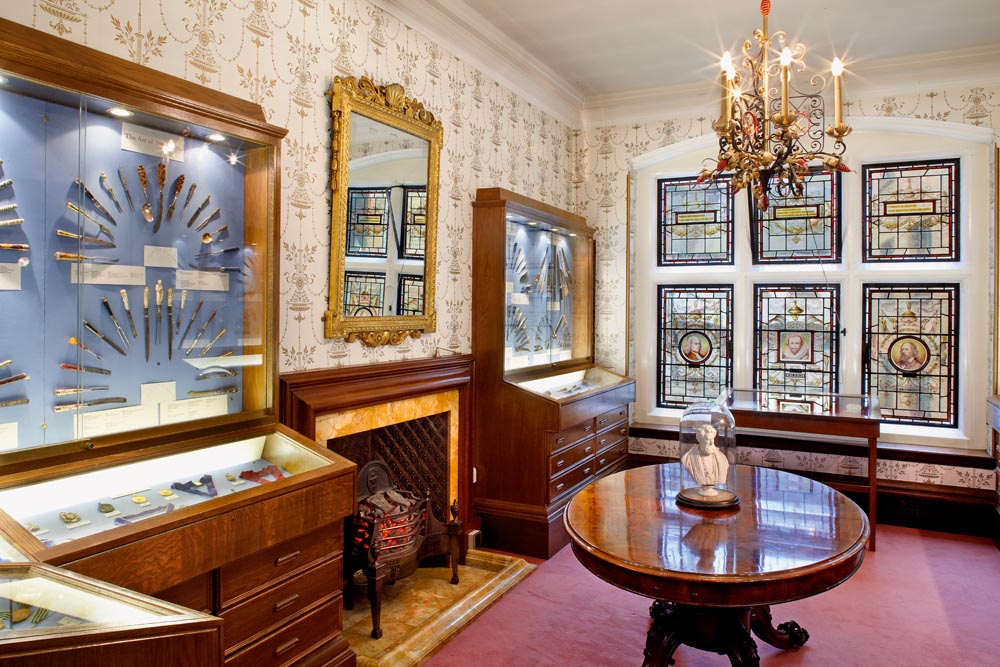 In 1983, A.W. Deakin, the then Master, provided illuminated showcases in the Library for display of the major items in the Collection. These were formally unveiled by the Master Cutler of Sheffield at the Court Ladies Dinner on 19th October 1983.
When Howard Smith’s son, Richard Smith, became Master in 1992, he determined to expand the area of display. Further cases were mounted in the Library which enabled a much larger portion of the Collection to he exhibited. The improved arrangements were opened by the Lord Mayor on 22nd June 1993.