Precedence is given to funding established scholarships, bursaries and prizes, awards of cutlery to hospices, and other recurring grants. Uncommitted funds are allocated to a limited number of specific charities selected by the Trustees. In making their selections, the Trustees give preference to supporting charitable bodies that benefit Londoners, especially those that benefit deprived people residing in the Inner London boroughs. Grants will not normally be awarded to charitable bodies that attract national support, or that are situated outside the United Kingdom. Grants will not normally exceed £3,000. A commitment to support a specific charity will not normally exceed 3 consecutive years.

In order to minimise administration costs and maximise charitable donations, one-off grants will not normally be awarded, and only successful applicants will receive a response.

Up to 48 7-piece sets of cutlery can be provided to equip or re-equip a hospice situated within the United Kingdom. 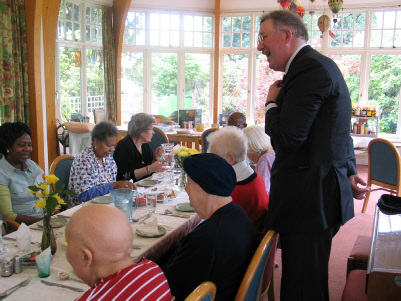 Charities that are invited to apply for grant aid should do so in writing and all correspondence should be addressed to The Secretary to the Trustees, Cutlers Hall, London EC4M 7BR. Where possible applications should be accompanied by your latest Annual Report & audited Accounts.

Applications for cutlery should detail the services provided by the hospice, the number of residents and day care patients, and the number of sets required.

Applications will be considered by the Trustees who meet in February, May, July and November each year.