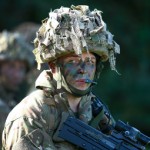 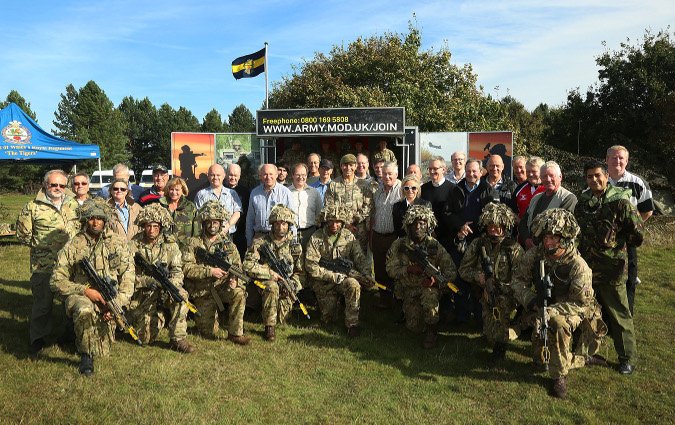 Six members of the Company spend a day with 3PWRR (aka the 3rd Battalion, The Princess of Wales’s Royal Regiment) on the 18th October 2014, along with representatives of the the Pavoirs’ Company, The Needlemakers’ Company, The Builders Merchants’ Company, and the Order of St George. We have a link with the Regiment through our long standing connection with B Company, The London Regiment which, many years ago, had associations with the Buffs and the Royal West Kent regiments, which in turn have links to 3PWRR. 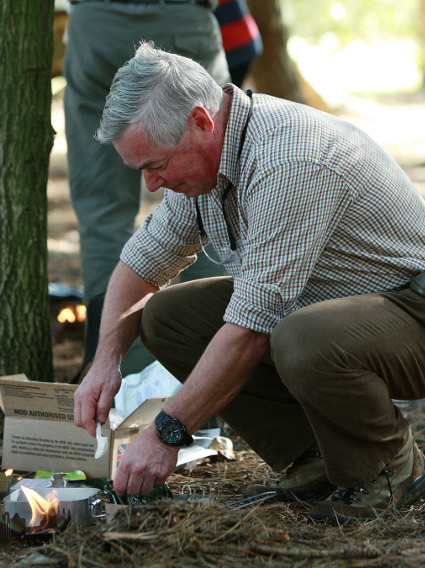 The day was designed to show us civilians part of the training and skills that an infantry regiment of the Reserve Forces acquires through hard work and long practice. We met at 3PWRR’s barracks in Canterbury (opposite Majestic Wine for those who are interested) and were bussed up to the training ground on Scotland Hills‎. 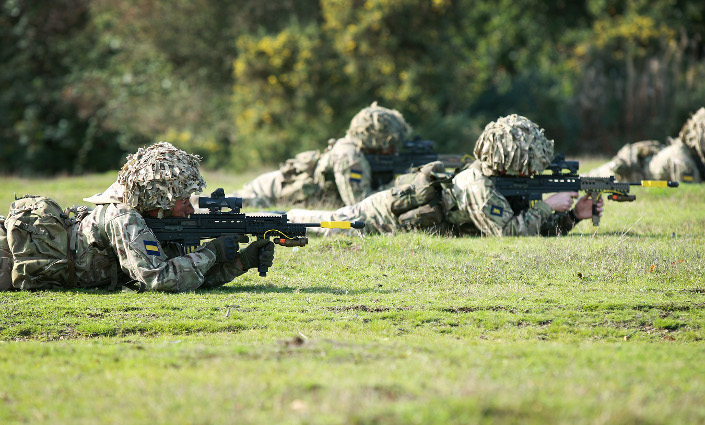 The day started with an introduction by the Officer Commanding 3PRWW, Lt Col John Baynham, to the work of the Regiment and the role of the Reserve Forces. This was reinforced by a demonstration of a section attack, in which eight members of the Regiment overran an ‘enemy’ position. Teamwork, decisive action, and fitness were all well to the fore. 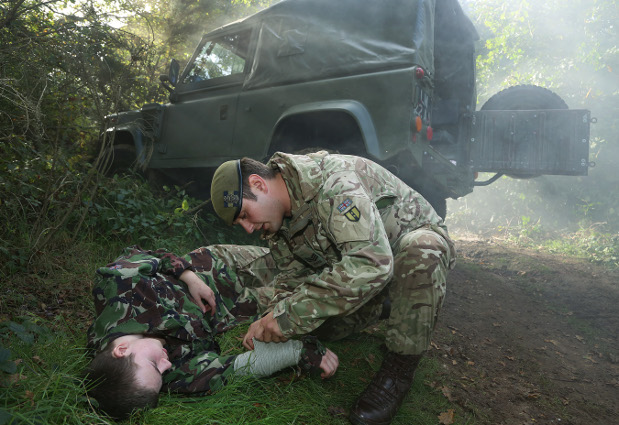 There we were given a series of engagements during the afternoon that gave us the opportunity to see, and take part in, low-level military activities. The first of these engagements was a briefing on Army rations, following which we had to cook our own lunch over a hexamine cooker, something that most of us had not done for about 40 years…). After lunch, we split into five groups and had a go at camouflage, concealment, and observation; close quarter engagement with the enemy while patrolling along a wooded footpath; first aid and triage assessments; and target practice firing both rifles and pistols. All the activities were enjoyable and, fortunately for us, not too energetic. 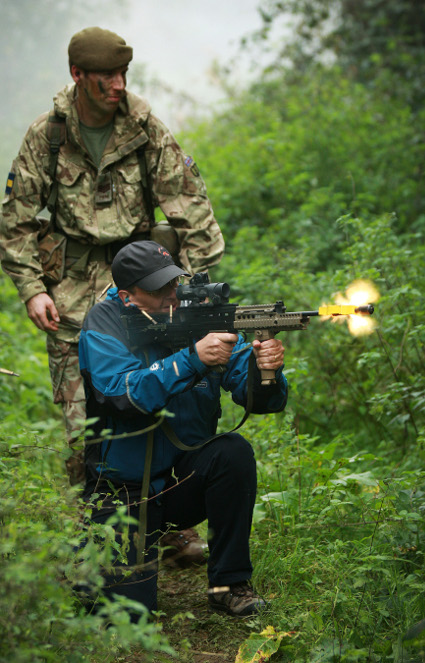 The outdoor activities finished by about 6.00pm. The target shooting (both rifle and pistol shooting) element was a competition; and I am delighted to say (but of course it comes as no surprise) that the Cutlers won the competition: PM Adam Traill was our top scoring sharp shooter! 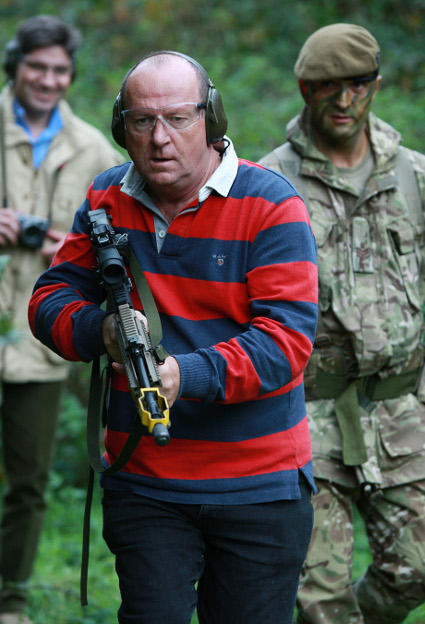 Having been taken back to the barracks, we were invited to a buffet dinner and drinks in the Officers’ Mess, followed by a short concert by the Kohima Band. This gave us a chance to chat further with the troops who have given us such a fascinating insight into life as a territorial soldier.

We all left Canterbury with a better insight into at least part of the role of a Reserve Forces soldier. Balancing a regular job with home life and service to the Country is no easy task; many members of the Regiment had recently returned from a two weeks exercise in Cyprus. Very many thanks to all at 3PWRR for looking after us so well and for all the time and trouble they took to make the day such a success. Thanks also to Stewart Turkington for all of the images. 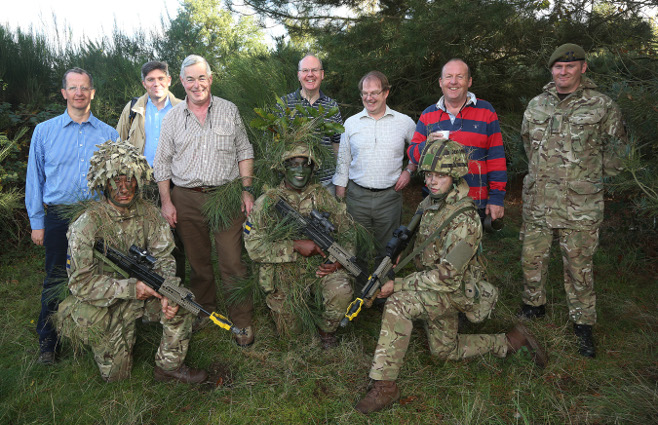