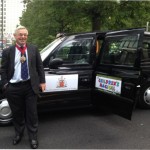 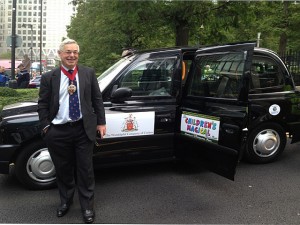 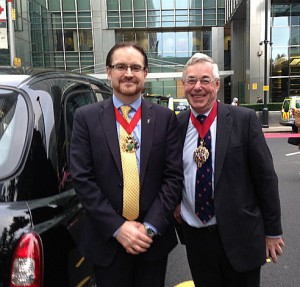 The Master with the Cutlers’ sponsored black cab (left) and with the Master of the Hackney Carriage Drivers, Malcolm Paice  (right) 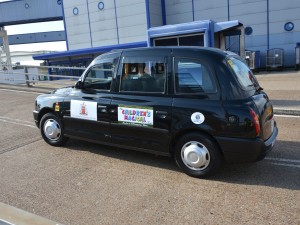 Cutlers have a close tie with the Hackney Carriage Drivers as the Company uses our Hall many times during the year; and we are delighted once again to sponsor one of the taxis taking a sick child and members of his family, to Eurodisney for a weekend crammed with rides and fun. This was the 21st year that the taxi ride weekend has been held. It started with a breakfast in Canary Wharf (complete with music from the Band of the Life Guards), and then a convoy of taxis (about three miles long and with Police outriders from the UK and France!) left London via the M20 for Dover. A P&O ferry took them to Calais, and then onwards to Paris. 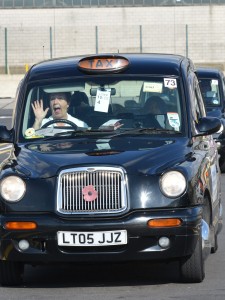 During the last 21 years, about 4,400 children have benefited from this very special weekend. Bonne chance to all the children and their families who went to France this year!

Thanks to Rob Berry and Iben Muriel for the photographs. 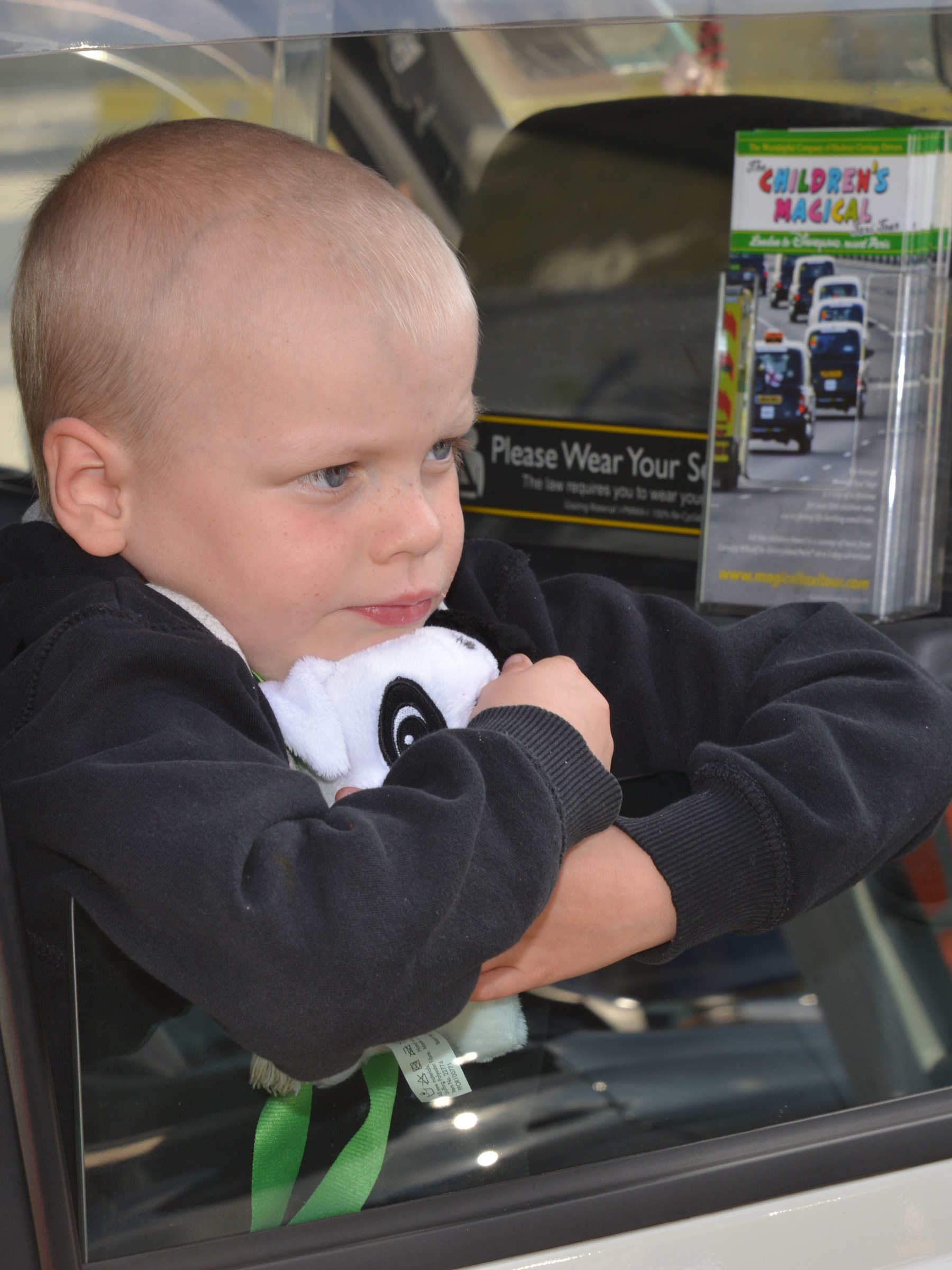 One lad impatient to get there…